Commercial security devices issue a signal to a fire alarm control panel as part of a fire alarm system, while household smoke detectors, also known as smoke alarms, generally issue a local audible or visual security alarm from the detector itself.

Commercial security devices issue a signal to a fire alarm control panel as part of a fire alarm system, while household smoke detectors, also known as smoke alarms, generally issue a local audible or visual security alarm from the detector itself.

This particular wireless smoke detector is easy to install. It is one high-sensitivity photoelectric smoke sensor. It also has protection against the ingress of foreign bodies / insect guard. It has an in built siren.

One of the most important elements to have in your home or office is a smoke detector. The fact is that the smoke detectors allow you to be protected against the effects of a possible fire and also against the accumulation of harmful gases.

Smoke detectors – which are mandatory in some countries – avoid around 50% of the domestic catastrophes generated by fires.

You can install the entire house with a complete smoke detection system, whose number of terminals will vary depending on the square meters of the house and the type of roof you have.

It is advisable to have a smoke detector for every 40 square meters. The first must be placed in the entrance of the house or distribution area of ​​the bedrooms and living rooms. If the house has more than one floor, at least one floor must be installed.

Smoke detectors in Kenya are effective in detecting smoke from flaming fires. These are ideal for, cooking or places where hot flaming fires are likely.

Photoelectric types work by emitting a light into the detection chamber, which is detected by a sensor. When the smoke enters, it can be detected by the sensor and the alarm will sound. The advantage to this type of smoke detector is that it is very good at detecting fires such as a cigarette that has fallen on a sofa. These are useful in areas where fires can occur.

If you purchase smoke detectors from Intel wise Technologies Ltd, you will be assisted in finding the ideal one for your needs and pocket.

The detectors that use batteries are much easier to install and are inexpensive. They are attached to any wall or ceiling. Many carry a mounting bracket that is also easy to assemble. 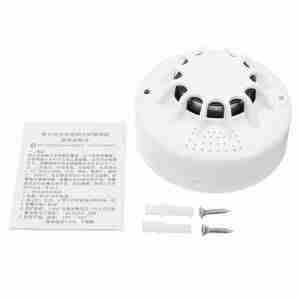